Cynthia Quarcoo Jumu, founder of the law firm CQ Legal and the media firm Africa 1 Media, is the unseen force behind a number of Ghana’s leading artistes.

She is often behind the scenes providing both legal and business advice to help her clients build commercial value and reach the widest audience.

Her client list is an enviable “who’s who” of top performing talent including Sarkodie, Stoneboy and Bisa KDei; and her law firm CQ Legal is the first law firm in Ghana to have a dedicated entertainment, sports and media practice, in addition to the other practice areas.

Jumu has always considered herself an entrepreneur. “I couldn’t articulate it when I was much younger, but can now,” she says. “I have always been an entrepreneur, whether I was an employee or not, I assumed the mind-set of the person running the business”.

Entrepreneurial from the blast

Although to her, the entrepreneurial spirit was something natural and innate in herself, she believes it still needs to be nurtured.

When she won a prestigious scholarship from Lincoln’s Inn to study law, she invested the scholarship money in a trip to the United States where she bought clothes to sell in England, at a tidy profit.

And when friends requested her help in teaching their children, she responded by making a business out of it. She hired additional teachers and set up and ran a supplementary school that was to last six years.

Cynthia’s formative years were spent in Ghana and the UK. Her father was a medical doctor and her mother an accountant. She first trained as an economist, intending to be a development economist with either the World Bank or the United Nations. Then she switched to become an analyst with PriceWaterhouseCoopers (PwC), before finally settling on the law 11 years ago.

As a child Jumu wanted to be a musician and a singer. But as an adult, she stumbled into entertainment, sports and creative management. She recalls hanging out with Reggie Rockstone, a childhood friend, who always introduced her as “his lawyer” to leading lights in the music and arts industry.

This description made her feel uncomfortable at the time; but through this connection she made contacts with many artistes.

A help to artists

She offered her services pro bono to individual musicians at first, and also the Musicians Union of Ghana (MUSIGA).  It was at this point that she realised the extent of support that musicians and persons in the creative industry needed. In the end she became a business and commercial manager for some of the acts.

“A lot of creative people are creative but they are not business people and they didn’t know how to commercialise their talent to be able to make money out of it,” she recalls.

Her objective was to help the artistes learn to commercialise their talents and skills more.

Things weren’t easy at first. She recalls a few lawyers approaching and questioning her: “Cynthia, you are a very serious lawyer, what are you doing with these people?”

But the disapprovals and negative comments only urged her on. “So last year, I decided that I was going to set it up as a professional services firm,” she says.

That marked the birth of Africa 1 Media.  The firm is made up of lawyers, business strategists, finance people and public relations experts – a one-stop shop for artistes, providing them with their every need.

Her prior experiences in setting up another law firm Fountain Chambers (which merged with Breyuo & Co to form Breyuo Jumu & Co) have been invaluable. As have her experiences working as at the global law firm Fasken Martineau LLP where she was advising on banking and finance transactions focused on the Middle East and Sub Saharan Africa.

But it is perhaps the childhood lessons she learnt at her mother’s feet and her early encounter with entrepreneurial giants such as Marc Cofie that would prove most crucial.

“I was surrounded by very strong determined tenacious people who were changing the world,” Jumu says. “I was privy to conversations – they will come to her mum – always discussing changing things. I was blessed to have that.”

And thanks to the influence of her mother, the businesswoman has been able to develop a successful career, while raising six children. She tells of having to finish meetings overseas and turning to SKYPE to supervise homework for her children.

Her children, aged between 12 and 24 are her pride and joy and an important source of inspiration for Jumu. Her happiest moment was when she had her first child – a daughter who is now a journalist.

Of course, she has her weaknesses too: she confesses that her greatest extravagance is her shoe collection. “When I last counted I had 240 pairs,” she says. “I just love shoes!”

As a youngster Jumu was considered a rebel. Several family meetings would be called because of something she had done or had not done.

During that period, she found peace and calm in the Christian faith and would often be seen sitting in the front pew at Christ The King Catholic Church during Sunday mass.

Her older and wiser self still likes to think of herself as a rebel. It comes as no surprise that her favourite quotation is: “Whenever you find yourself on the side of the majority, it is time to pause and reflect.”

Based on the fascinating one hour I have just spent with Jumu, I can’t imagine that she is often on the side of the majority, something that her clients can be thankful for. — GB 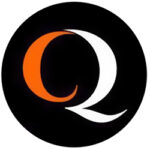