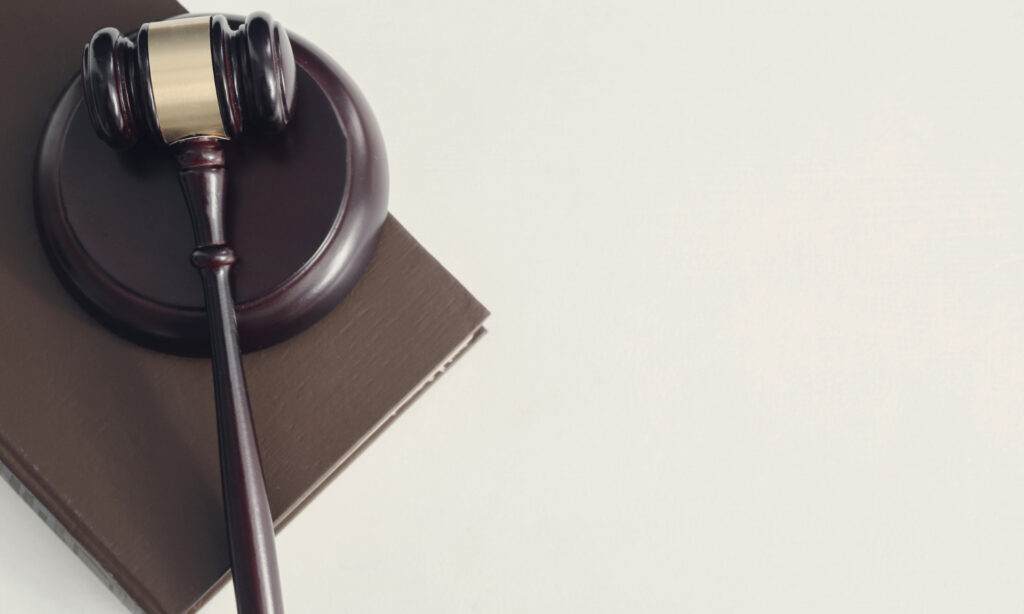 The Supreme Court in Ogyeadom Obranu Kwesi Atta IV v Ghana Telecommunications Co. Ltd & Lands Commission,[1] has recently departed from some of its numerous decisions on stay of execution on executable orders or judgments. Among some of the decisions are Ghana Football Association v Apaade Lodge[2], Anang v Sowah[3] etc. The Supreme Court speaking through Gbadegbe JSC held that:

“In the interest of doing substantial justice, the Supreme Court can grant an order of stay of execution when the order was not executable.”

In arriving at this decision, the Supreme Court relied on article 129(3) of the Constitution 1992 which provides that:

This provision was in both the 1969 and 1979 Constitutions of Ghana.

Facts of the case

The respondent initiated a claim before the High Court, Agona Swedru for certain reliefs which were based upon the applicant’s alleged unlawful acts of encroachment upon a piece or parcel of land belonging to the respondent’s family and the erection of a telecommunication tower or mast thereon. The action went through a mixed trial at the end of which the learned judge delivered a judgment that accepted the respondent’s version of the matter and awarded damages against the applicant in the amount. A repeat application for stay of execution from the said judgment was granted by the Court of Appeal requiring the applicant to pay 30% of the judgment debt. The applicant complied with the order of stay of execution and paid the cedi equivalent in the sum of GHS 215,040.00 into court, the said sum having been since released to the respondent. The Court of Appeal inquired into the appeal and dismissed it. The applicant then filed an application for stay of execution pending appeal to the Court of Appeal. The application was granted on terms, which applicant deemed a refusal, hence the repeat application before the Supreme Court under Rule 20 of CI 16.

The application was vehemently resisted by the respondent who contended primary that since the Court of Appeal’s decision was a judgment of dismissal of the appeal, it did not make any executable order that can be enforced by a writ of execution, and therefore application was incompetent. In so contending, the applicant relied on previous decisions of the Supreme Court that where the Court of Appeal merely dismissed an appeal, then no executory order is made that could be stayed by an application for stay of execution.

The Supreme Court took inspiration from article 129(4) of the Constitution 1992 and the dictum of Brobbey JSC in NDK Financial Services v Yiadom[4] in arriving at its decision. The words of Brobbey JSC is as follows:

“In considering an application for stay, the court should endeavor to do substantial justice. The court should consider the essence of the order made than the form in which it is couched. The most important point is what would happen if the order of the Court of Appeal were not obeyed by the party. If the consequences would be the same as refusing to obey the High Court order, and the High Court order is executable, then it is my view that the order in the repeat application before the Court of Appeal is equally executable.”

The words of article 129(4) of the Constitution 1992 express the power conferred on the court as follows:

“…..the Supreme Court shall have all the powers, authority and jurisdiction vested in any court established by the Constitution or any other law.”

The Supreme Court was also guided by their earlier decision in Merchant Bank Ghana Ltd v Similar Ways Ltd[5] In this case even though the Supreme Court declined jurisdiction to grant stay of execution because the order was not executable, the Court proceeded to suspend the entry of judgment in the decision on appeal. In making the order, the court speaking through Atuguba JSC bemoaned the effect of a strict application of the previous decisions on orders made in non-executable decisions of the Court of Appeal. The court fell upon article 129(4) of the Constitution 1992 to suspend the entry of judgment. The Merchant bank case supra was aimed at abhorring the strict application of the rule on the principle of stay of execution. However, at a later date, the decision in Golden Beach Hotel Ltd v Packplus International Limited[6], the Supreme Court was met with another obstacle in the development process of rule 20 of CI 16. The Court while acknowledging the power to suspend judgments pending appeal was of the view that to succeed, the application be made under rule 20 of CI 16 and to succeed, an applicant must satisfy a stricter and narrower test higher than  that relating to stay of execution. The test in such case is to demonstrate exceptional circumstances. The Supreme Court followed its earlier decision on the strict application of the rule in N.B Landmark Ltd v Lakiani[7]. The Supreme Court speaking through Acquah JSC (as he then was) said:

“This court has no doubt that the decision refusing to set aside the default judgment is incapable of being executed by any of the known processes of execution. And consequently, an application for stay of execution of such a decision cannot arise. On this ground alone, we would allow the appeal and set aside the ruling of the Court of Appeal dated 24 March 1999.”

In the words of Gbadebge JSC departing from the N.B Landmark case in the Ogyeadom case supra, “in reaching the said view of the matter, the learned justices of the Supreme Court did not consider the effect of article 129(4) of the Constitution 1992.”

“The court failed to take advantage of the powers conferred on it under article 129(4), a rule that would avoid hardships brought upon parties by the strict adherence to the decision in a collection of cases that deny jurisdiction.”

The Supreme Court in arriving at the decision in the Ogyeadom case supra was aimed at doing substantial justice as opposed to the strict application of the rules. According to the court, stay of execution was developed from the inherent jurisdiction of the court, the reserve powers by which the court seeks to do justice to parties before it.

Consequently, the Supreme Court in doing justice, reasoned as follows from the words of Gbadegbe JSC thus:

“the likelihood of the applicant’s business crippling if it were to pay further sums as ordered by the Court of Appeal also brings the matter within exceptional circumstances, which by the decision of this court in Joseph v Jebeille[8], is a good ground for the grant of stay of execution not to mention the dire consequences in which we now are and its effect on the business.”

However, Pwamang JSC took a different view in its analysis in arriving at its decision to stay the execution of the High Court order even though the High court order was not on appeal to the Supreme Court but an alternative prayer. The learned Justice said:

“The threshold for the invocation of article 129(4) is therefore that before the court can draw on the powers of any other court on account of the article, it must first have jurisdiction or statutory authority over the matter it is dealing with. The learned judge relied on the case of Republic v Duffuor; Ex parte Asare[9] where at 403 Atuguba JSC said as follows:

“…article 129(4) is auxiliary to the Supreme Court, but it is not the fon et origo of jurisdiction over a matter over which it has no jurisdiction.”

“We wish to emphasize that article 129(4) of the Constitution 1992 cannot be used as a springboard to clothe us with jurisdiction where there is no appeal against the judgment sought to be stayed.”

“The effect of the decisions on Rule 20 is that in order for the procedure under Rule 20 of CI 16 to become applicable there are two key requirements to be satisfied; 1. The judgment that applicant seeks to have stayed ought to have been appealed against to the Supreme Court, and 2. The Judgment must also be executable. The challenge that applicants in the category of the one before us face is that, their application satisfies only one of the requirements; it has appealed against the judgment it has prayed to have stayed, i.e Court of Appeal judgment, but then the judgment is not executable (Lakiani and Morkor cases). Looked at another way, if the applicant prays for the Supreme Court to stay the judgment of the High Court, (as in GFA v Apaade Lodge) then it will satisfy the requirement of executability but then that judgment is not on appeal before the Supreme Court. That brings us to the question posed in GFA v Apaade Lodge, where does the court get jurisdiction from to entertain an application to grant relief in such a case?”

In answering this question, His Lordship Pwamang JSC concluded as follows:

“For purpose of disposing of the application before us, I shall treat it as one seeking the stay of execution of the High Court which I understand to be the alternative prayer of the applicant. As my analysis above shows, the court has jurisdiction to entertain that application and make an order to prevent its final judgment in the substantive appeal being rendered nugatory and by virtue of Articles 131 and 129(4) of the Constitution 1992 and Order 43 r 11 of CI 47. On the basis  of the matters deposed to in the affidavit in support, I find merit in the application and make an order staying execution of the judgment of the High Court in this case dated 10th May, 2017 pending the determination of the appeal of the applicant lodged.”

The author is of the view that the analysis by his Lordship Pwamang JSC represent the true position of the law as he has given a very clear meaning to Rule 20 of CI 16. However, the decision of the Supreme Court is highly welcome because the court in its wisdom looked at the substance of the case and not the form.

The author is also of the view that stay of execution in non-executable orders or judgment should be applied in limited circumstances. This because an appeal is a creature of statute and appellate jurisdiction is to be exercised strictly in accordance with statute regulating appeals. See Nye v Nye[11], and Sandema-Nab v Asangalisa[12]. 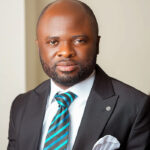